An Introduction to Ceramic PCBs 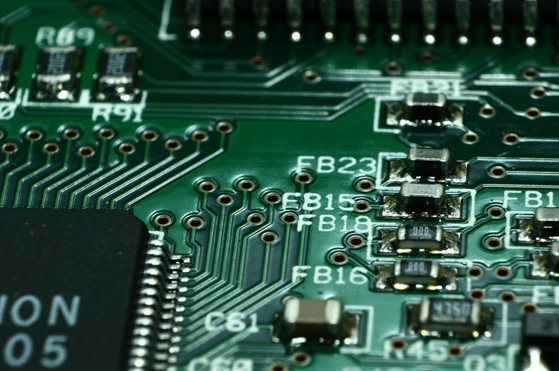 What is a printed circuit board (PCB)?

A printed circuit board (PCB) is commonly used to connect electronic components, by using a combination of pathways, tracks and signal traces that are laminated onto a non-conductive substance. Recently, however, PCBs are evolving and using high-level substrate material that has improved reliability, accuracy and density. This change in substrate material is mainly due to the requirement of some electronic items needing to be more compact and functional than it was previously.

One of the newest types of materials that have been introduced for PCBs is a ceramic material. The ceramic material offers a variety of functional characteristics that is uncommon amongst other materials. Not only is it easier to make electronic products more compact with ceramic material, but it also makes them available to do use for many different products including electronic heaters, power control circuits, semiconductors coolers, power mixing circuits, automotive electronic, solid-state relays, aerospace technology and more.

What are the main advantages of ceramic technology for PCBs?

There are a number of different advantages that ceramic technology has over traditional FR-4 materials used in the PCB manufacturing process, including high thermal conductivity, high reliability, strong compression and dielectric levels, can withstand hot temperatures, high breakdown voltage, prevention of water absorption, lower loss at higher frequencies, cosmic ray resistant and no use of organic constituents.

The top reason why many industries have a preference for using ceramic PCBs over other materials is due to their high thermal conductivity. A standard FR-4 PCB commonly needs a variety of parts including thermal vias, metal planes on inner layers, thermal landings and cooling devices to release heat away from hot parts. On the other hand, ceramic PCBs do not require any of these parts even when the board is experiencing major heating. A ceramic PCB can conveniently transport heat to an active cooling element, thermal landing or device packaging.
Ceramic materials differ from other common thermally conductive materials as it has a lower electrical conductivity that allows manufacturers to use them as PCB substrates. This also makes it easier for manufacturers to tweak the electrical conductivity of the ceramic board to their liking.
Some of the other advantages include a lower coefficient for thermal expansion and a high surface harness that can boost the attractiveness of the ceramic materials. Ceramic boards may be more costly than boards that are made with traditional materials, however, the material offers many added benefits that outweigh its costs. This makes ceramic boards more essential to a variety of industries over traditional boards, even if it is more costly. 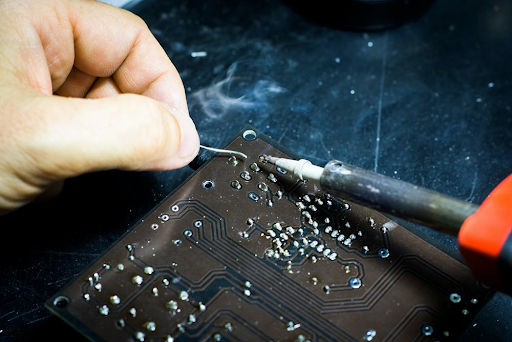 Many ceramic PCBs use metal cores. It should also be noted that ceramic material comes in many different types; there is not just strictly one type. Each type of ceramic material has very similar physical properties and chemical structures. One material that provides the highest thermal conductivity is aluminum nitride boards, however, this material can be very costly. Another type of material, aluminum oxide, may be cheaper, however, it has a lower thermal conductivity. However, ceramic PCBs present strong thermal performance without needing the electrical insulation layer that commonly resides in between the core and the circuit traces.

How the ceramic PCB is formed:

PCBs are commonly made up of a number of materials. Manufacturers offer many options for the metal base of ceramic PCBs. Materials such as Boron Nitride and Silicon Carbide are some of the main options to choose from. Some other commonly offered materials of manufacturers include Copper, Gold and Silver being the material that is most used in each layer for connectivity throughout the board. The fabricator uses a layer-by-layer screen printing process to place the metal elements or substrates.

Using a medium or small power RF CO2 laser, the fabricator can drill holes using high precision, accuracy and speed. Due to the bond of the ceramic and metal foil, the surface becomes highly flat. Once the circuit pattern is transferred onto the metal foil using a photo-lithographic technique, the fabricator pre-plates the pattern with a layer of lead-tin resist and chemically secures any unprotected area of the board. As the board is formed, the tin-lead layer is then required to be washed with a nitric acid solution.
Once the ceramic layers have been printed and stacked, the fabricator then places the stack into an oven with a boiling temperature to mold the shape of the ceramic board. The oven is bound to reach temperatures of just below 1000 degrees Celsius. Unlike other boards, ceramic PCBs do not have a traditional surface finish. However, if any of the pads and silver concentrated areas are exposed during the heating process, they can be gold plated.

Most common types of ceramic PCBs:

There are three common types of ceramic boards:

–      Thick Film: with a conductor layer that is 10+ microns in thickness, these boards are made of Silver or Gold Palladium. Thick film ceramic PCBs can include a variety of components on the board including capacitors, resistors, conductors and semiconductors on the board by laser trimming and printing them at a hot temperature.

–      Thin Film: with a conductor layer that is less than 10 microns in thickness, these films are understandably smaller than thick films. Thin-film ceramic PCBs are best suited for circuits that require a high degree of accuracy, stability and performance.

–      Direct Copper Bonded (DCB): The DCB is a board that uses a special technology to bond copper foil on a single or both sides of the metal core under high temperature and pressure. DCB technology provides effective thermal conductivity, high mechanical strength, excellent electrical isolation, corrosion resistance, strong adhesion and a high reliability and functionality when it comes to thermal cycling capabilities.

How do multi-layered ceramic PCBs work?

Ceramic PCBs can be manufactured in three different formats: single, double and multi-layered. For multi-layered ceramic PCBs, it is unlikely for hot spots to form in inner circuit layers and on the surface, as the ceramic material makes it easy to transfer heat all across the board. On boards that use other materials, they can be exposed to damages due to thermal cycling, this means that designers have to take extra precautions to avoid these damages. To limit the stress that boards undergo while going through thermal cycling, the board’s high thermal conductivity can prevent it from experiencing any overheating and board failures.
Overall, the ceramic board offers a variety of benefits that the traditional FR-4 board does not. The price may be costlier, but the benefits can allow equipment of a variety of industries to improve their precision and accuracy. This makes the ceramic material PCB an effective choice over a traditional PCB.

In compliance with the Accessibility for Ontarians with Disabilities Act, 2005 (AODA), our Accessible Customer Services Policy is available at your request. Simply make the request through our contact page.